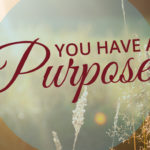 October 22nd, 2013. That date is the day that my life was changed forever. When I was 21 years old, I was struck by a minivan going fifty miles per hour while attempting to cross the street. This incident nearly took my life. I suffered numerous injuries which include broken bones and the most severe type of brain damage. The latter of which had left me in a coma for a month. To this day I have no recollection of the incident and can only remember as far back as waking up in the hospital on the morning of November 23rd and being confused as to how I got there. My family were the ones to break the news to me as to what had happened to me. When I awoke the doctors perform a series of tests on me to assess my mental capacity due to me suffering a brain injury. I went from being a person who was on the dean’s list in college to not being able to read and do basic math. And what made it worse was that I knew that I could do it before. My body was also broken and weak. I was in decent shape before, but at 21 I found myself wheelchair bound. I could not even bathe myself or use the restroom without assistance. All these things combined drove me into depression. I went to sleep in pain I woke up in pain. There were nights that I wished that I did not wake up just so the pain would stop. Through it all my family and friends stuck by my side. They would constantly tell me “You have a purpose for being here.” At that time in my life, I was in too much pain and too angry at my situation to care. I was angry at my situation for being what it was, I was angry at myself for being too weak to change it, and angry that I was suffering. Day in and day out I was in mental, physical, and emotional pain. I eventually reached my breaking point. I became empty and had no more tears to cry. At that point I had to face reality. Either I was going to give up and remain in the situation or I would choose to live. I was still alive and that means I have a purpose. Whenever I felt myself slipping into that dark place, I would say to myself “I have a purpose.”

I tried talking to family and friends, but they could only tell me “It will be ok. You are going to get through it.” I know they wanted me to feel better because they loved me but, in the back of my mind I knew, they did not know for sure. They could not understand because they were not in my shoes. I ended up telling my speech therapist and she told me something I will never forget. She said “You are right. I know what I know from school and what I have learned in my profession. But you are right I do not know what it is like being in your shoes. I do not know what it is like being on that side of the desk. But because you know you can help someone else some day because you know what it is like.” From that moment on I knew what God wanted from me. After leaving that day I went straight to the library and researched schools with social work majors. My search led me to Southeast Missouri State University (SEMO). I eventually applied to SEMO and was accepted. During my time at SEMO, I became a Peer Support Specialist for Community Counselling Center. And in May of 2020, I graduated with a bachelor’s degree in Social Work. As of right now I plan to pursue a master’s degree in Counselling. If there is one thing that I would want anyone to take from my story is that no matter what you have been through you are still here. You have a purpose, there is a reason you are still here. Ask God to reveal it to you and he will. Just be sure that when he does that you stay the course and see it through.