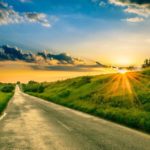 Hello, my name is Deb. I am a woman with major depression and anxiety disorder. I also have a touch of arthritis, but you may think that is beside the point. These annoyances are all part of who I am, the total package, me . I was born in 1951 in small town Missouri. There were 6 of us in our household, Mom & Dad and 4 of us kids, me being the oldest.

When I was 11 years old, I saw my 9 month old baby sister die in a home accident. The family dynamic changed drastically after that. We all grieved and each felt our own guilt, my father never spoke her name aloud as long as he lived, he couldn’t bear to. My mother became bitter and controlling, she seemed to feel as if she didn’t have complete control over every aspect of life that something horrible would happen. Both of her brothers had drinking disorders and the inability to control them was a major frustration for her and they both died fairly young.

By Junior High, I was deathly afraid of germs, this is referred to as mysophobia (or just germophobia). I washed my hands until they were raw and sometimes bled. My schoolmates thought it was bizarre, they thought I was weird. My family members never discussed it.

You see, I have been subject to panic attacks and depression has been a longtime companion since adolescence. Panic attacks have paralyzed me at times, unable to work, fears of social situations have kept me at home in fear of fear itself.

Depression can also paralyze people, I have at times been in a near vegetative state, without the energy or inclination to get up and dressed in the morning.  After all, WHY? Just the thought of dealing with life’s everyday tasks made me tired. Household chores were a never ending cycle of monotonous repetition, the same with personal hygiene. Leave the dust bunnies under the bed in peace, they’re not going anywhere. This was my philosophy during times of stress and resultant depression.

I also hear voices at times. These are times of extra stress in my life, I just know that when I hear a voice and turn to look, if no one is there, it must be in my head.

During those bad times I couldn’t sleep for days on end and stopped eating, my stomach was knotted up and my racing thoughts would seldom let me relax. I lost weight, my clothes hung off my bones, my eyes were bloodshot from lack of sleep and my skin was a pasty gray.

By age 19 I was married and had a child, I was a bit of a nervous mother, waking up between feedings to check him at night. At 23, I got an ugly divorce and remarried a year later. At age 26, I gave birth to twins and when they started school, I went back to work. I was a very busy working Mom, in my 30’s I began to take “nerve pills” but the doctors wouldn’t tell me what they thought was wrong. I learned that you didn’t question a doctor’s authority, just took the pills and hoped they helped. I was having panic attacks again, and cutting myself on the sly by the time I was 40. I would “practice suicide” while waiting for daylight and wondering if I would have the courage to die if I decided that life was never going to get any better. Cutting became an end in and of itself. I could punish myself and physical pain was a change of pace from my emotional issues. For whatever reason it calmed me down for a while.

One day I walked out on my job and went home and stayed there. My husband didn’t understand but he was loving and supportive. He was my “safe person.” He helped get me in the hospital, which turned out to be a positive experience for me. I felt better than I had in years and attended weekly group therapy for several months until I felt centered again. I was able to go back to work at a less stressful job and be a wife and mother again.

My children graduated high school and my husband’s job moved us to Georgia. After a couple of years there, he was diagnosed with an inoperable brain tumor and I took care of him when he had seizures. He became disabled and we prepared to move back to Missouri.  My anxiety was peaking again at the age of 50, I was trying to readapt to the move, find employment and take care of my husband. I also dreaded living closer to my manipulative mother. For example, she played favorites with my fraternal twin sons. She liked the one who looked like her side of the family and constantly berated the one who looked like my husband’s side of the family.

Then, to my sorrow, my next youngest sister passed away suddenly at the age of 49 due to alcoholism related health complications.

I went into the hospital again but it was not a positive experience. I was placed in seclusion for acting out (a suicide attempt) and sent home without a 24 hour grace period to adjust to my new medications.

I started going to Community Counseling Center in Cape Girardeau, had regular therapy and group sessions and I went to work for the TLC Warm Line. TLC stands for Talk, Listen & Care. It is a helpline for people who have problems, need resources or simply want to vent or sort out their issues. I enjoyed interacting with people on the phone, it not only helped me but gave me perspective on my own problems. I knew I wasn’t alone and tried to convey this feeling to my callers. At the age of 62 I had become the Coordinator of the Warm Line. I also completed and graduated the training by the Missouri Credentialing Board to become a Certified Peer Specialist. I’ve been there 15 years now and am proud of that fact.

In the meantime, my husband’s cancer had been worsening and his health gradually deteriorating. I became a widow at the age of 64. I was able to get through it by advocating for myself and getting the support I needed and I continue to take the prescribed medications that work best for me.

I still enjoy my children, grandchildren and also my work. Remember, there is hope and there is recovery. Like having a physical illness, you need to know the facts, find professional assistance and deal with the affliction. Don’t be afraid of the unknown, make it known and go forward emphatically. I have arthritis,  depression and anxiety, there is no shame in this statement. I wish I didn’t but I have no intention of wasting my time on regret or needless humiliation. I am more flexible now. I would much rather get on with my life and be a happier, better me.