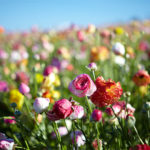 Smell the flowers (inhales) and blow out the candles (exhales)… That is a gift I wish I had when I was admits my chaos and wanting some kind of control over it. BUT instead, it’s like if you ever held your breath and felt that overwhelming desire for air? The impulse. The urgency. True desperation. I need air… I must breathe… I have too..

You see I had what I thought was a “normal” up bringing. I had the loving parents, a younger sister who looked up to me and was my shadow. Little did I know it was far from average. Actually, to be honest some of it wasn’t okay. I did have the loving parents and the younger sibling but my dad wasn’t around as much as he should have been. Drugs, women, motorcycles, and so-called buddies always seemed to be a little more important than me and my sister. My dad would leave me and my sister with some pretty unsavory characters while he went out and my mom was at work. I remember at a young age one of those unsavory kinds was my first taste of childhood trauma. With my dad always gone, leaving me wherever with whoever, and the topping on the cake being called fat I developed the start of an eating disorder. In middle school I would eat and then throw it up then in the later part of junior high it came to the point of just not eating at all. This was the easiest way to keep my now big secret from my biggest supporters, my mom and my sister. I would just say I’m not hungry. There’s only one problem with this, I get migraines. My solution get high. Yes, that’s it smoke marijuana just enough that I can tolerate to eat a couple peanut butter crackers. This seemed to work out well for a little while until I realized that all those dark things, I was hiding my sexual trauma and my daddy issues went away the higher I got. So, now I don’t just have the challenges of my childhood trauma, my eating disorder, but now I am officially addicted to marijuana. I went on like this through my junior year in high school but that was all about to change…

My aha moment if you will. I got pregnant with my first saving grace, my first change in direction for a huge hurdle. I couldn’t be pregnant smoking weed and not eating. I stopped cold turkey. While I wanted to be the parent that my mom was to me I was struggling. I was struggling, I was becoming like my dad only taking my daughter along for the ride. I quit school the first day of my senior year and my poor choices began to escalate. I got rid of weed, I’m still struggling to eat, and if there is a loser in a 50-mile radius I will find them and call them mine. I manage through more trauma and domestic violence to go back to school and get my high school diploma. I also had another beautiful little girl a few months after graduation. With the good that I’m doing I am still walking around dry and not functioning. I am just going through the movements of everyday tasks. I needed something to feel that void. Alcohol at that time seemed to be pretty good at filling that empty pit of not being able to get high. I became a weekend warrior. I was slowly moving away from the direction I wanted to go in. I wanted to be the mom mine was and is to me. I just couldn’t. Through the week at home, studying going to school, alcohol was on my mind. On Fridays I would drop my kids off with my mom and I would stay drunk until Sunday when she would bring them home. Again, becoming pregnant changed that for me this time with a little boy. I was able to stay abstinent when I found my biggest vice yet to come… We will call him TROUBLE.

I met TROUBLE while in college, having 3 kids, studying for finals, and thought he was the best person ever. At least he was in the beginning. He would bring flowers and lunch to school. He told me everything I wanted to hear and was great to my kids. That slowly began to change. I would get the cold shoulder and the silent treatment. Everything was always made out to be my fault. In August of 2008 I saw the true monster that TROUBLE was. I had seen domestic violence heck at this point I lived it already but nothing like this. He ran me off the road causing me to have multiple injuries some including the need to have hardware put in my back and my lung collapsing. Did you know that financial abuse is a thing and not just for the elderly population? I didn’t either until I was back in his house after surgery. Once I was back in his household the monster grew. I began to experience every kind of abuse there was. I had all my basic necessities kept from me, my family was slowly put out of the picture before all of this because of the trap I fell in, and I couldn’t care for my kids either. I am taking pain pills to numb the physical blows and other pills at failed attempts in keeping my sanity. DANG does it end!?!

One day in 2010 things start to change in me. I start to find my inner wolf. I slowly began to find me. I left. My enough was enough. I grew my courage and I got my kids out. I am not taking blame no more for no one else. I moved back in with my parents for a short time until I could get back on my feet. It took me awhile but with my saviors (my 3 kids) that always seemed to start my change even when I didn’t want to. I soon realized if I didn’t want to be the dry person in recovery, I needed to want everything for me. So I began that journey with my supporters even if they didn’t know what they were supporting or how they were doing it. I don’t have to live that way anymore. Today I am married to my best friend and he knows my past. He is the first ever healthy relationship I have had with a man starting with my dad.  My kids still to this day inspire me to want to be at least half the mom that my mom is to me and I am slowly getting there. Like my dad I am growing in the right direction to be the best that I can be. I have the best job. I get to help others through my struggles, challenges, and best of all my triumphs. I get to be in the moment enjoying the small things in life. I have an amazing support system. I am enough and so are you.